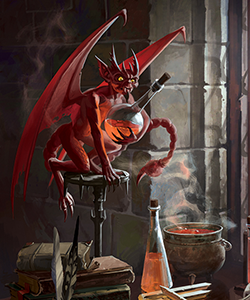 KITSUNE: The Kitsune are a strange and mysterious race of humanoid/anthropomorphic foxes. They hail from a distant land called Kaesong. Often a Kitsune will mask its appearance with illusions or by shapeshifting into a very attractive human. As of late, the Kitsune race don't adhere to much of a ruler or leader, as they've chosen to merely integrate themselves in with different societies and races. They are a wide spread race, and it is unknown just how common or rare a Kitsune is, because of their ability to hide what they are. Because of this, the Kitsune make for excellent beguilers, mages, and rogues.

AASIMAR: An Aasimar is a human who was born with celestial blood. Typically, this is because someone in their family's bloodline was blessed by a celestial being. This can be any number of ways, though normally it is through sexual means so that eventually they will chance giving birth to someone who has the Aasimar traits. Physically, an Aasimar is gorgeous, with blonde hair and fair skin, as well as a golden color to their eyes. As they are born with celestial blood, an Aasimar will typically gravitate towards good aligned things. As such, they excel best with holy/light magic, though they can also make for a formidable mage as well.

TIEFLING: The tiefling race has known only hardship, and even more so in these times where demons fall from the heavens and undead move to retake the frozen north. Beings of infernal parentage, most can trace their lineage back to the King of the nine hells, Asmodeus though some claim times to even stranger fiends. Known for their unsettling appearance, pigmented skin, goat like eyes or cloven hooves and other 'devil' like features this race is a strange but strong blooded kind. For every curse which comes their way it only serves to sharpen their claws. Charismatic and intelligent, tieflings favor classes which play to these strengths such as mages, warlocks, and rogues as well as intelligent artificer and potion crafters.